Today, while logging into a Windows Server via my favorite RDP tool (RDCMan), I was faced with the “Your password has expired” prompt.  No worries, just enter my password and change it.

Except for the part where the password has been saved and I neglected to add it to my password manager. Oops.  So, naturally, the first thing I want to do is just go look in the saved file (an .RDG).  Not surprisingly, it’s encrypted with something:

After tinkering around wit ConvertFrom-SecureString, I guessed that it was probably done by something in the application itself.  So, I started by importing the DLLs as modules and looking around.  I imported the MSTSCLib.dll, and started tabbing through the types.  I stumbled onto a good potential in MSTSCLib.IMsTscSecuredSettings, but alas, it was a false alarm.

I dug around a little more, but met with similar dashed hopes.

I then started looking for ways to decrypt it using the RDCMan executable.

Sometimes, you can luck out by attempting to run Import-Module against an EXE.  It might have exported commands available. Nope. Not it.

Sometimes, you can add an EXE as an assembly, and then import:

And then, you can sometimes load it via reflection:

Next, I decided to see if there were any exports that could further ignite hope:

Now that we have something maybe to go on, we can try importing and creating some objects to see what sticks.  First, import the reflected assembly:

The module is called RDCMan, so that’s what we’re going to use as the base to add the values we discovered in GetExportedTypes() a few steps earlier: 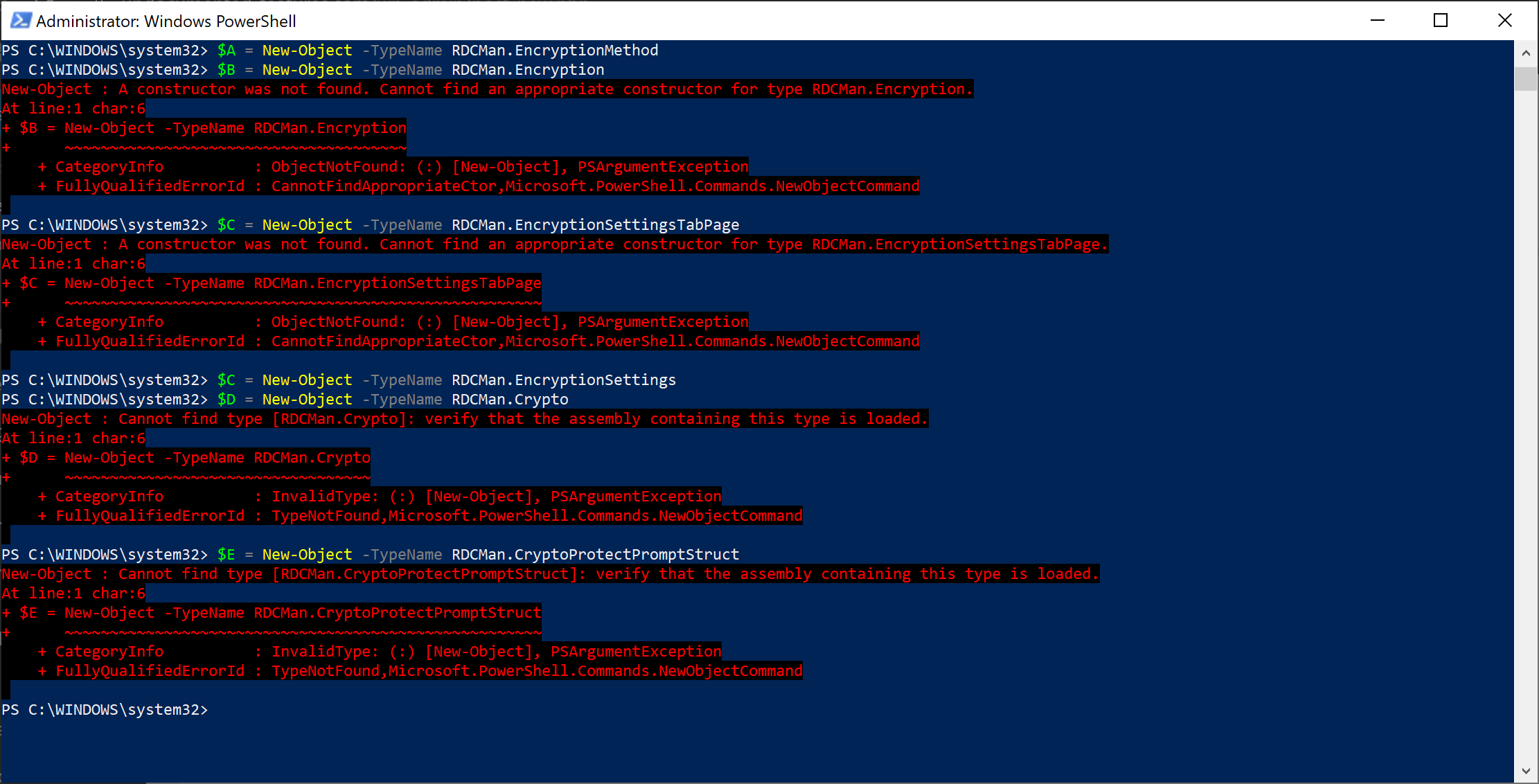 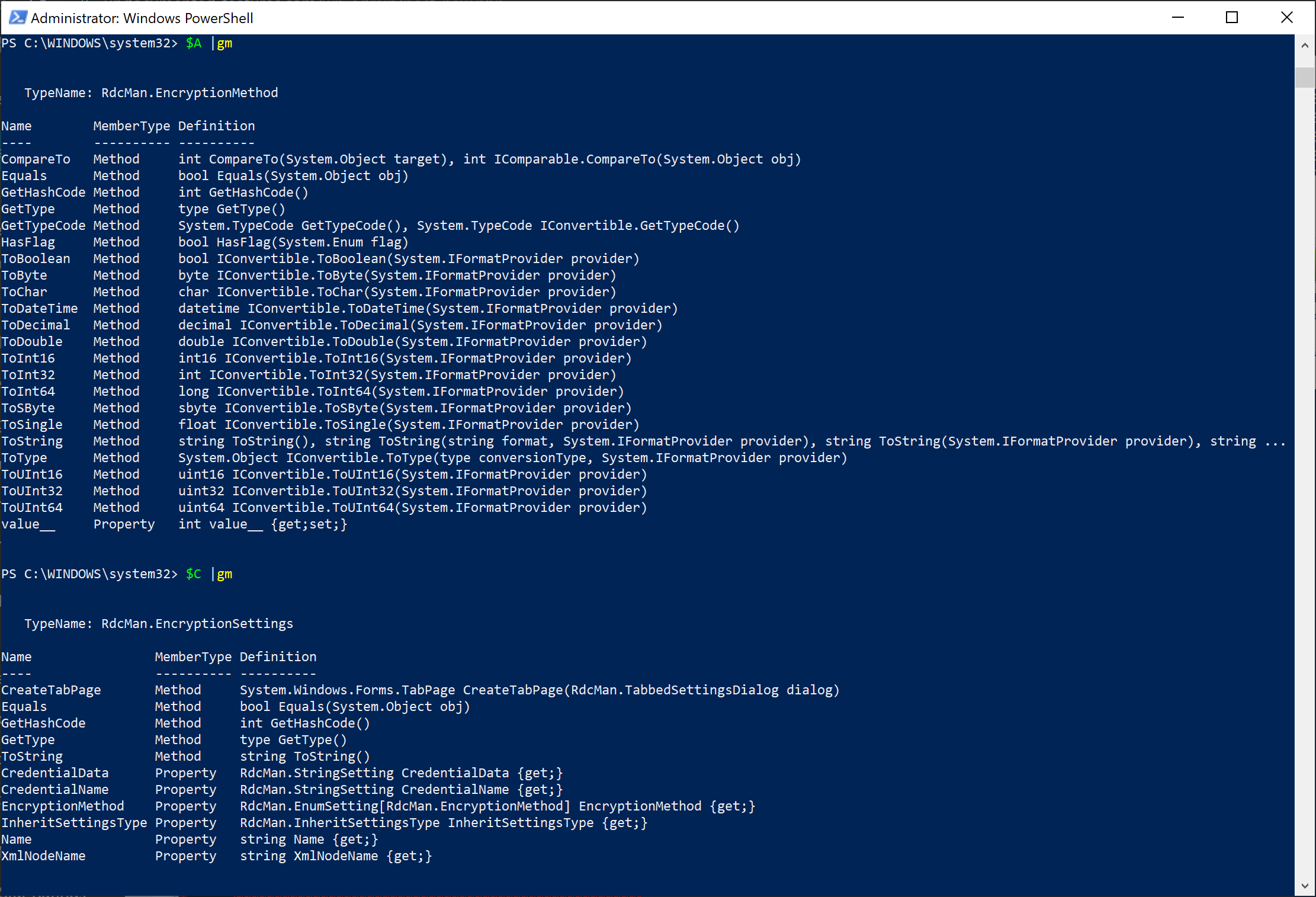 While we’re here, let’s also take a look at what methods RDCMan.Encryption has to offer us.  After typing [RDCMan.Encryption]:: in the prompt and tabbing, I’m delighted to find two methods: DecryptPasswords() and DecryptString().

So, I bundled it all up as a handy script that you can copy/paste here or get over on the TN Gallery.  Note: If you saved the file with a Windows account credential and attempted to run this from a different computer, this method won’t work.