While working on my current book, I was thinking about a deeper exploration of how Microsoft Teams handles permissions and content. One of our Sr. Customer Engineers has a fantastic (and very expansive) diagram of the moving pieces, which I’ve adapted to fit here.

Here’s a brief excerpt of some of the type of content that you’ll see as we unravel the web of interdependency.

We can’t really talk about a team’s architecture until we talk about the underlying components.

Ah, the Microsoft 365 group.  We’ve called them a few things over the past few years (Modern Group and Office 365 Group are two of the most popular names we’ve used).  So, let’s take a peek into this special Azure AD-only object. 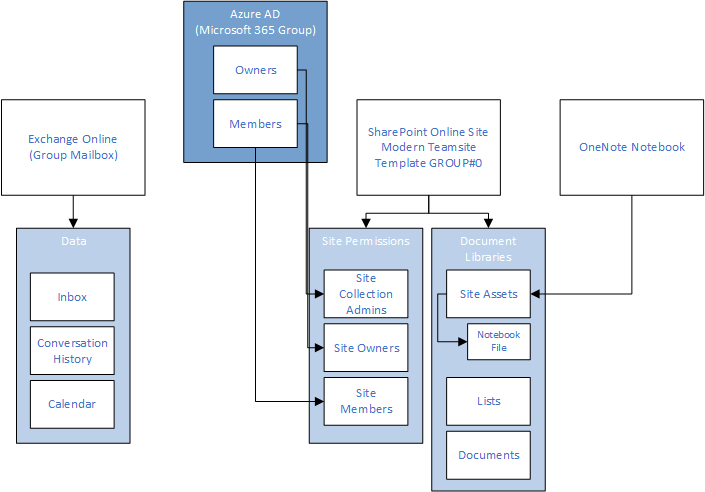 Every Microsoft 365 group is comprised of these three main pieces (mailbox, site, notebook).

Exchange Online provides a mailbox component–and the two most important pieces of it are the Inbox and the Calendar.

The Inbox is where all of the content that gets sent to the group will go.  Members of the group can choose to subscribe to the group, which causes the Exchange Online service to treat them like a traditional distribution list member and deliver a copy of all messages the the member’s inbox.  Members can also choose to not subscribe, which means copies of the messages won’t get delivered to a member’s mailbox–the member will need to open up the group mailbox and read them messages themselves.

Each Microsoft 365 group mailbox also contains a calendar–just like a traditional shared mailbox calendar, you can schedule meetings and events.

As you use the Microsoft 365 group, email messages will get stored in the Inbox.  Any attachments sent with those emails will be pulled off and stored in the default document library of the group’s corresponding SharePoint site. 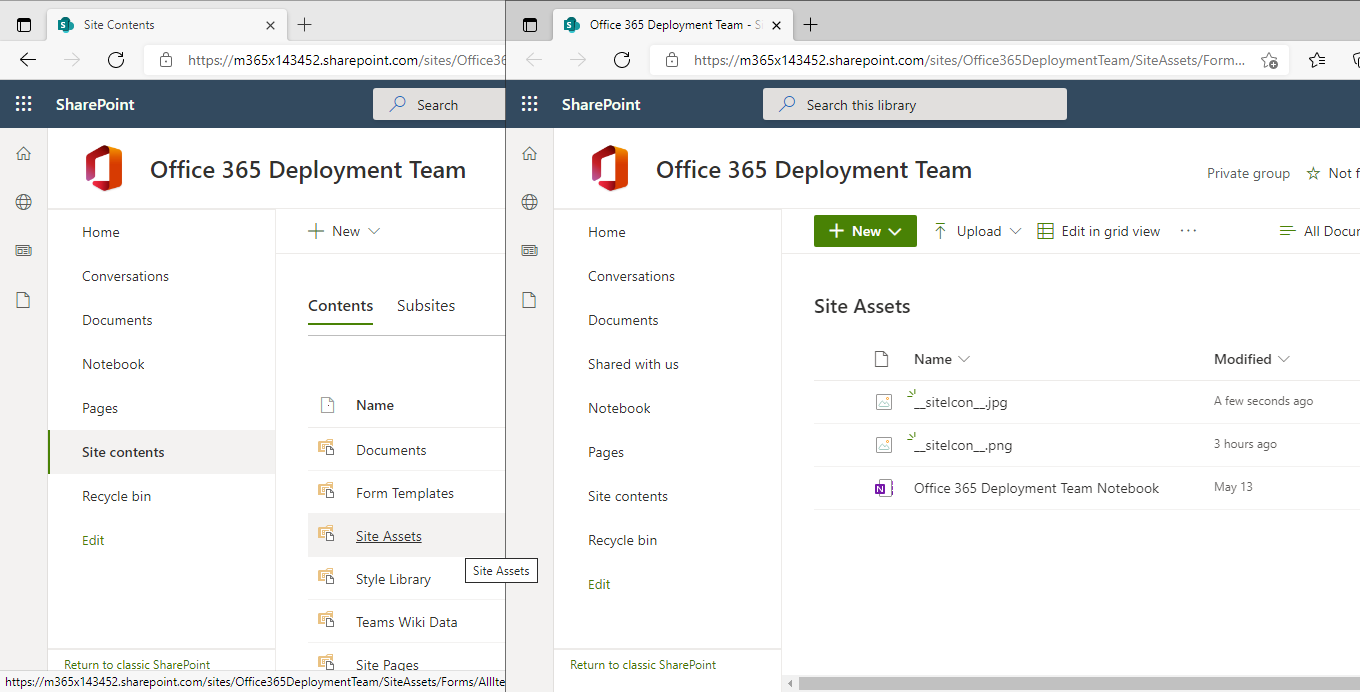 Now, we can look at a Team.

This will probably look like an eye chart, but I’ll do the best I can: 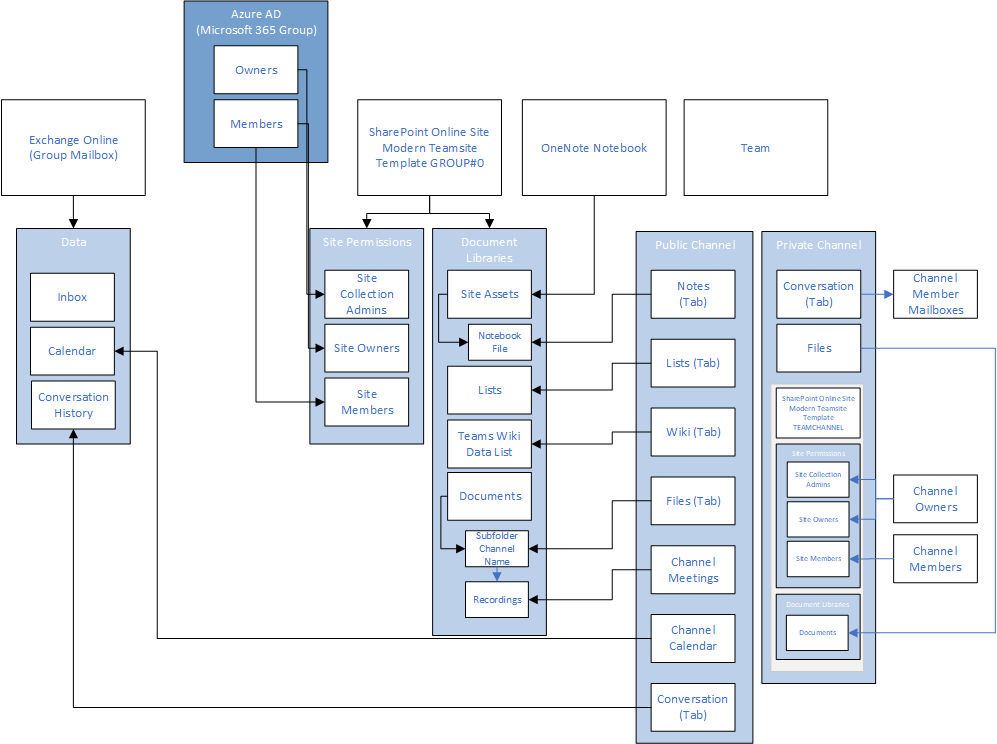 Let’s go ahead and deconstruct this.

You’ll notice we added a new service (Teams), a few columns underneath it, and then some other boxes and lines all over the place.

We’ll come back to private channels in a minute.

There’s lots of stuff going on here, so we’ll tackle it top-down.

You can easily apply retention to Teams data using the Microsoft 365 Compliance Center.

Like public channels, private channels have conversations and file storage.  Only in this case, there are some important differences:

That’s all I’ve got right now–I need to get back to slaving away on the book. 🙂