Hey! As we enter the waning days of summer, I wanted to update a tool that I’ve had sitting around for a while.

Years ago, when I was in Microsoft Consulting Services, I ran into one particular customer that had manually populated the mail property of thousands of service accounts, groups, vendor accounts, and contacts–not with the object or user’s individual email address, but with the email address of the person who managed the AD object.  Thus, the Find-DuplicateValues script was born to help sort that out during a particularly large number of angrygrams from AAD Connect.

The tool largely sat dormant for years, and when we shut down the TechNet Gallery, I moved it over to the PowerShell Gallery without testing it on newer versions of PowerShell or Windows.  This week, someone asked for a little help on it.  Upon digging in, I could replicate a problem where when running it with certain combinations of parameters, it doesn’t always display helpful output to screen. So, I’ve resolved that, as well as a bunch of other things: 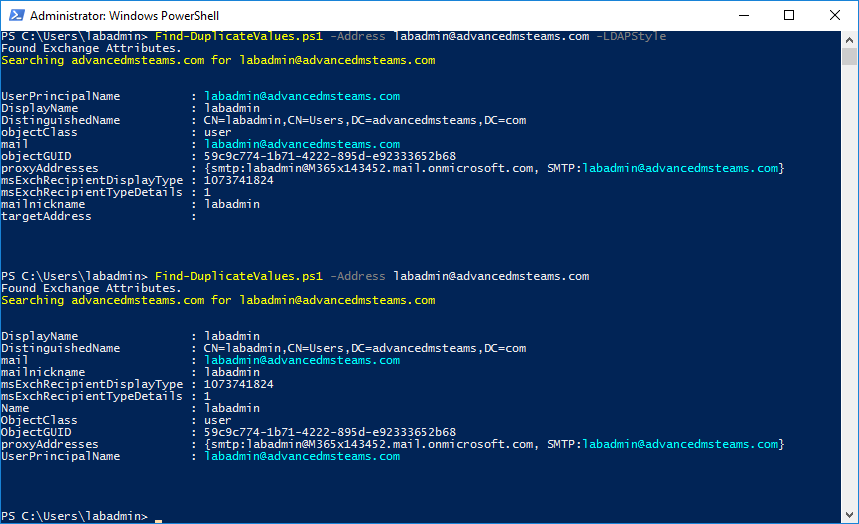 You can access this via PowerShell Gallery or install/update directly from your CLI:

And the script itself: https://www.powershellgallery.com/packages/Find-DuplicateValues/